Some Kind of Lucky 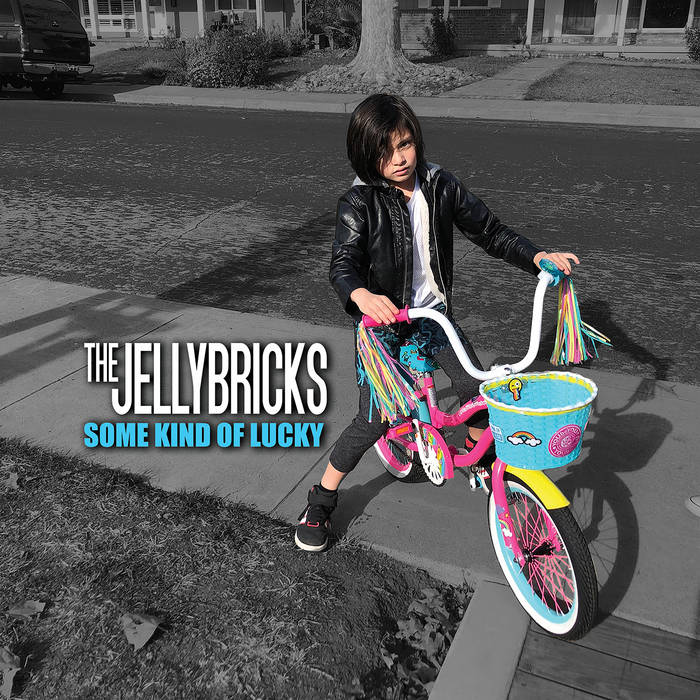 cmatthes I love this album because...The Jellybricks can do no wrong. Perfectly-crafted rock gems - all of 'em! Favorite track: Corner of My Eye.

All songs published in the U.S. by Torqueplay Music (BMI)

CAN’T GET OVER YOU, MRS. MISERY, WHEN IT’S GONE, KEEP ME GUESSING,
and SOME KIND OF LUCKY Produced by The Jellybricks and Scott Ensign
Recorded at Obscura Sound and Jellybricks HQ
Engineered by Scott Ensign and Garrick Chow

NO MONEY
Produced by The Jellybricks, Frank Silver, and Scott Ensign
Recorded at Obscura Sound and Jellybricks HQ
Engineered by Scott Ensign and Garrick Chow

Additional Notes of Note:
Scott Ensign added astro-ambience on RUN AWAY, organ on NO MONEY, piano on SOME KIND OF LUCKY, and stunt tambourine (where you least expect it)
Garrick played piano on D O A and melodica on WHEN IT’S GONE
Larry played organ on FAITH, synth on RUN AWAY, and ukulele on WHEN IT’S GONE
Tommy added some shakers and tambourines, and Bryce added some sugar and a pinch of salt
Extraterrestrial Guests: The UFO (Ugly Finger Orchestra) – finger snaps on RUN AWAY

With love and gratitude we remember Beth Silverman and Nora Goodwin

Bandcamp Daily  your guide to the world of Bandcamp

outré black metal, with a Victory Over the Sun interview and music from Liturgy and Jute Gyte.